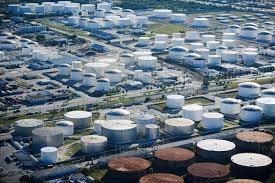 One of the biggest "red flags" that can easily kill a deal is the existence of an underground oil tank.  There was a time when tanks were decommissioned, and everybody was satisfied. A licensed professional would drain the tank and test the soil around the tank.  The town would get involved and provide the appropriate paperwork.  Case closed.  However, over time buyers were dissatisfied with having a decommissioned tank and insisted they be pulled out of the ground.  That's when it was clear that decommissioning was not a fool proof method for alleviating oil tank leakage.  Unless the tank is pulled out of the ground, there is no way of telling whether or not the tank leaked from the bottom. NEVER BUY A HOUSE WITH AN UNDERGROUND TANK, AND NEVER SELL A HOUSE WITH AN UNDERGROUND TANK, DECOMMISSIONED OR NOT.  It’s a “no win” scenario, no matter how you look at it.